What I Learned from Stepping Out of My Comfort Zone 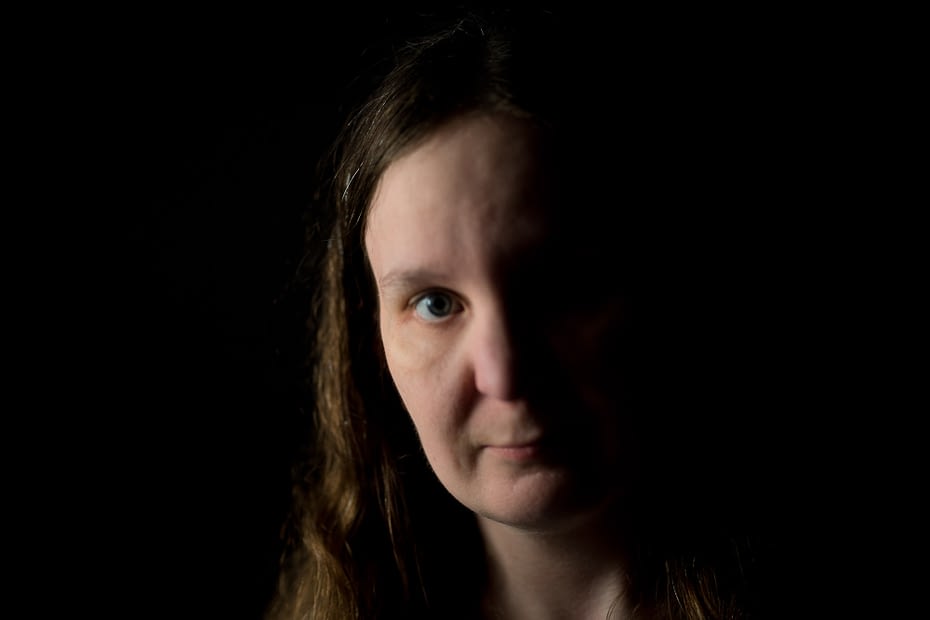 When was the last time you took a step out of your comfort zone?

It’s a scary thing to do, I know. We’ve all been there. I’ve been stuck happily inside mine for about the last month, doing the same things and seeing the same results – or lack, thereof.

But then, after receiving a personal message from someone whose work I’ve loved since I was young, and whose work ethic and “never give up” attitude I’ve admired, it’s given me a fresh impetus to get going again.

It reminded me of what I love doing, and why. So, on Monday night I did something I haven’t done for a long while: I picked up my camera, for fun.

But not just for any type of fun. If you’ve seen my images, you’ll know I prefer bright, airy photographs taken in natural light; either under open skies, or by a nicely-lit window.

However, I’m also fascinated by dark and moody portraits, but felt intimidated by artificial light.

I gave it a go, anyway. I knew what I wanted to achieve, and I knew the theory of how it should work, but practically? Surely I’d struggle to photograph myself against an all-black background in my tiny lounge space, with white walls and lots of things hanging on them?

I don’t have a studio. I don’t have lots of flash guns, light stands or light boxes. What I do have is one umbrella shade, one light and one reflector. Minimal equipment and travelling light are my priorities; so I got everything set up, put my camera on the tripod and began experimenting.

It wasn’t easy. It’s hard to photograph yourself, not least when you need to be subject and photographer at the same time. All without a remote shutter, or any idea where you’re trying to focus the camera in low light.

Basically, it came down to me holding a cushion with an owl face on it at arm’s length as a stand-in for me, while I pressed the button to activate the 10-second shutter delay; before sitting down under the light and hoping that I was somewhat lit and in focus. All this within a four-foot-square section of carpet.

Then, after each picture, I’d have to get up, review the image and adjust the camera settings, the exposure and the directional light. After over thirty minutes and over thirty frames, the picture above was my best effort.

There are plenty of things wrong with it, but I know how to rectify the issues for next time. I know it doesn’t look like it from the image, but I actually enjoyed myself.

In the end, I achieved what I set out to do. My white walls and hanging pictures are gone, replaced by the dark background which was created from the angle of the light and the exposure set manually in-camera.

For the first time in ages, I let myself get back to the basics of what it is to be a photographer. To get back to the mystery and the magic of light and dark, and exploring what is possible within that little electronic box with a hole in the front.

I allowed myself to make mistakes, to learn from them, to challenge myself, and to have fun rediscovering the thrill of what happens when you test a theory to find it works…or in this case, nearly works.

It took me back to when I completed a 10-week film photography course at college, when the “exposure triangle” was finally explained to me in a way that I understood, and all the creative possibilities were now open to me.

It even took me back to when I took a picture of a pretty sunset on my Dad’s old point-and-shoot film camera, and the delight when the photograph came back from Saxon’s looking just how I remembered it. At the time, I didn’t have a clue what I was doing; but that sunset image kicked off my interest in photography.

All because I took that step out of my comfort zone instead of hunkering in my safe space. Even when you love what you do, it’s hard when things aren’t going as planned. Sometimes, all it takes is one step outside, one little push to reignite the moment that sparked everything in the first place.

Is there anything you’ve been putting off? Is there anything you can do to take that next step, personally or professionally? What can you revisit or add to your life to feel like you’re moving forward instead of treading water? If you’re scared or hesitant about doing it, that’s good, because it means you’re ready.

Just find that one thing. Remember why you took that first step out of your comfort zone to get to where you are now.